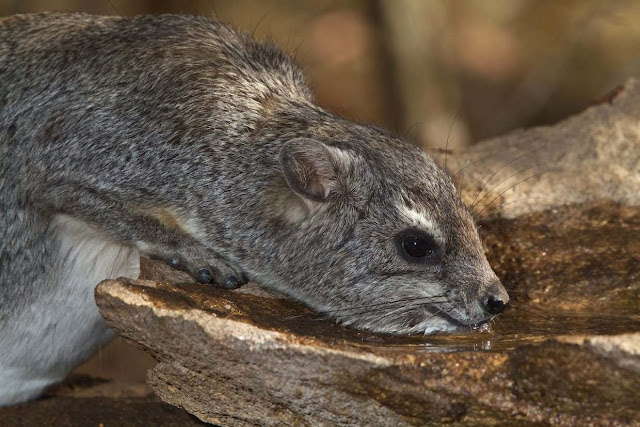 Rich has always wanted to know more about the feeding preferences of our animals during the winter months, and particularly in the drought.   How have the hundreds of dassies survived on Dibe Hill, for example, when there isn’t an edible leaf left on the trees nor a scrap of grass for them to eat?
Certainly, the rock dassies (procavia) pick up the feed scattered around the kudu drums, but that wouldn’t be enough to sustain them.   And yet, some of the adults are as fat as they were in summer, leading me to suspect them of upping their protein intake with a bit of infant cannibalism.
Having seen them savaging the poor kudu, and stealing bonemeal from the birds – nothing would surprise me about these  consummate survivors. Move over Jane Goodall and the murdering chimps!
As it turned out, my dark imaginings were (unfortunately) put to rest by the arrival of Amy Scott – an ecologist from Melbourne – who recently volunteered with us for a couple of months.  She spent painstaking hours following giraffe and both species of dassies as they fed, making some very interesting observations, including the fact that, if they are really pushed, all will eat the leaves of poisonous evergreens with no apparent ill effects.
Amy loved fossicking around, as I do, and it was with her that I discovered the new brown hyaena den in the Nukutidza area in a little explored part of the sanctuary.
We managed to find a perch high up on a kopje about 250 m away from the den and saw quite a bit of activity in the late afternoons.
Sadly, Amy had to go back to work, but before she left, Linda Moyo arrived – a third year student from our University of Science and Technology – who will be with us for some months on attachment.   Linda studies wildlife management and has taken over the dassie and giraffe project.  She’s been helping out with feeding –  keeping daily records and also bumping along in the back of the tractor and hefting 50kg sacks – quite a feat for a city girl who can’t be more than 5 ft high!
She’s been a great hit with the Conservation Club children at Marula School too – and will be able to do some really valuable work with them while she’s here.

I don’t imagine that there are many African girls following the same path – so perhaps we have a Zimbabwean Wangari Maathai in the making.  We certainly need one! 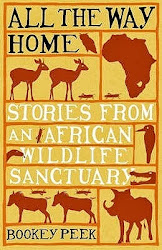 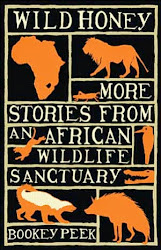 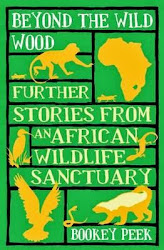